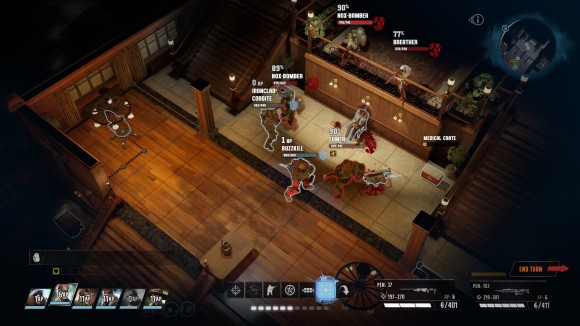 I’m not sure if it’s the current state of the world or simply my getting older, but I find my perception of time is starting to unravel a bit. For example, my first reaction upon learning Wasteland 3 had been released was something along the lines of “Wow, it wasn’t that long ago that I reviewed Wasteland 2!” only to then realise that that was back in 2014 and that developers inXile have had time to put out two more RPGs in the intervening six years – Torment: Tides of Numenera and Bard’s Tale IV — both of which I have also played and reviewed and then immediately forgotten. While all of these games have been heavily flawed they have, at least, demonstrated that inXile are on a generally upward trajectory; there’s been a noticeable process of slow improvement with each one as they gradually figure out how to best put together writing, structure and systems design to create a compelling RPG. So my general expectation for Wasteland 3 was that it was going to be okay, even if my previous experience with inXile’s games has also taught me to expect bugs and combat balance issues and entirely missing chunks of game. I definitely wasn’t expecting it to be more than that, and probably wouldn’t have bothered if I’d actually had to buy the thing for fifty quid instead of getting it as part of my £4-a-month GamePass subscription.