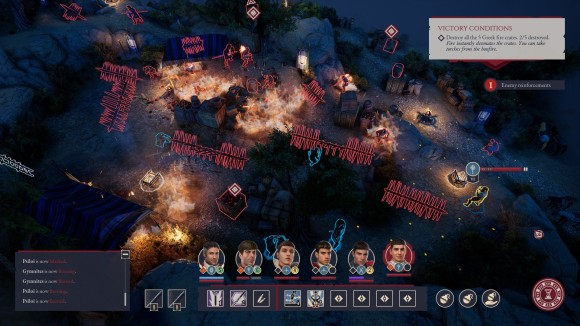 If I had to pick one word to sum up Expeditions: Rome, in comparison to other RPGs but especially its own predecessors, it would be “streamlined”. It’s remarkable how much of the standard RPG cruft it sands away, and how many of the Expeditions-specific survival mechanics have been bodily thrown out of the window. This streamlining gives it room to do a few things, particularly in the realm of its turn-based tactical combat, that are borderline inspired. At the same time, though, the streamlining is somehow both very aggressive and not aggressive enough; there’s more than a few systems and mechanics here that have been streamlined so much that what remains is basically vestigial, and should have been cut from the game entirely.