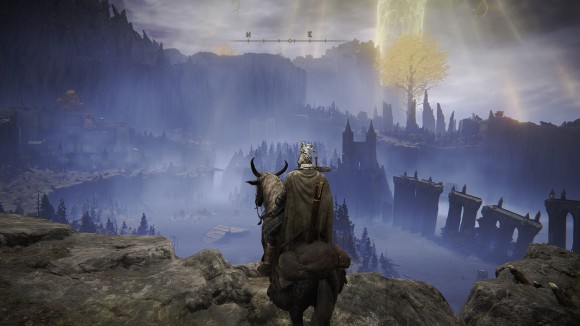 I am the worst person to write a review of Elden Ring. My objections to From Software’s Dark Souls series have been pretty well-documented over the years, along with my visceral negative reactions whenever I see design elements from Dark Souls turn up in other games. Asking me for my opinion about a game that is just Dark Souls again, but this time also open world, seems like it’s going to a forgone conclusion — especially because I’m starting to get increasingly irritated by open world games too.

But that means I am also the best person to write a review of Elden Ring. I do not have the massive rose-tinted glasses for Dark Souls and From Software that the entire rest of the gaming world does. I am not so invested in my cred as a Hardcore Gamer that I regard smashing my face against the same boss for four hours as a rational and sane thing to be doing with my time. I have had zero exposure to the pre-release hype. And the reviews from the mainstream gaming media made my eyeballs roll so hard they practically did a complete 360 degree rotation in their sockets.  10/10! Game of the year! One of the finest games ever made! A predictably vomitous stream of superlatives that I almost felt compelled to prove wrong, hence my breaking the From Software moratorium I’ve had in place ever since Dark Souls 2 and picking up Elden Ring on release.

Only to find myself thinking, after a few hours of play: shit. They might actually be right.